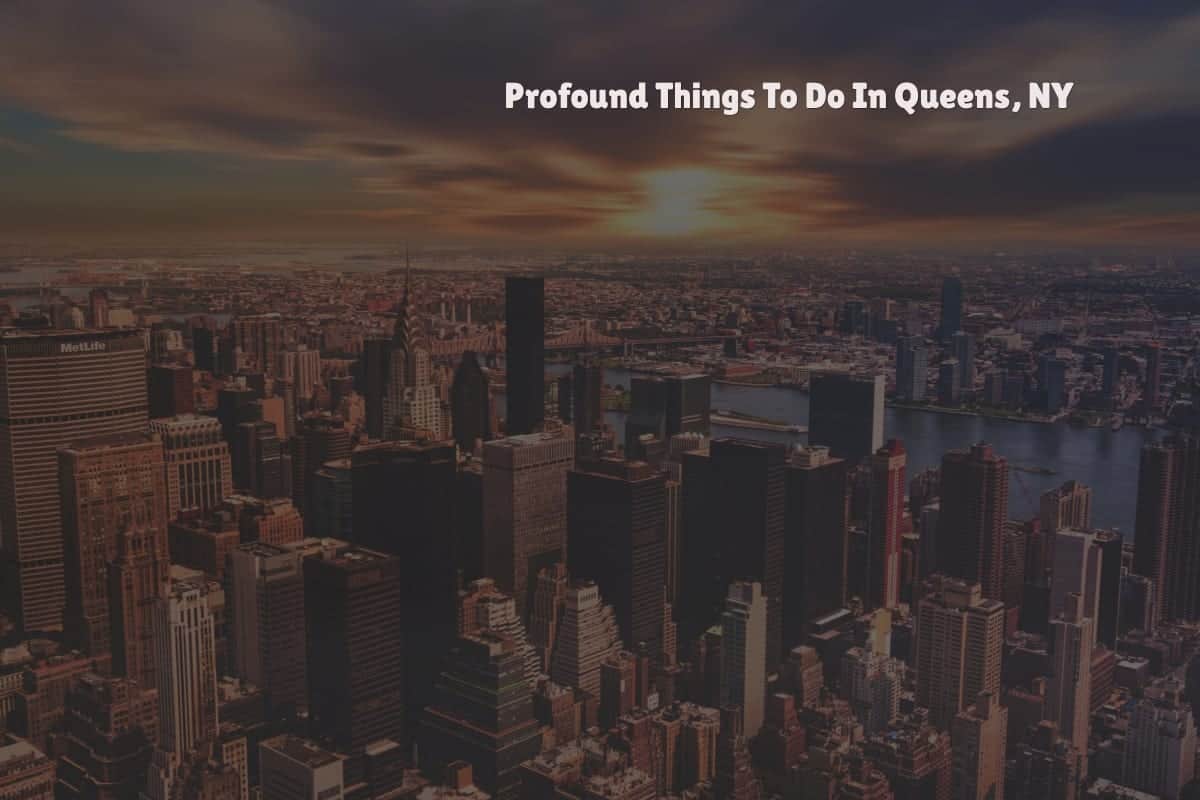 When planning an after-work or weekend night out, it’s quite easy to fall back on Manhattan. After all, Manhattan is the place to go if you want a painless way to choose where to hang out. Manhattan has got everything from baseball games, far-flung boroughs, and sightseeing tours.

But if you’ve already visited almost every other area in Manhattan, why not give Queens a try. Queens is New York’s largest borough. It’s also ethnically diverse and the birthplace of art luminaries. Another interesting story about Queens is that is often used as a backdrop for lots of popular TV shows.

Queens is full of places that have seasoned many New Yorkers already but if it’s your first time to check this place out, we have a guide just for you.

Hit The Dancefloor At The Art Museum

There’s an amazing go-to gallery in Midtown called the Museum of Modern Art and it has an extension in Queens – the MoMAPS1.

If you’re a fan of art then you’ll, no doubt, love it but things get better when you love to dance because MoMAPS1 serves as a dancefloor during summer weekends.

Warm-Up is one of its live, outdoor music series where you will get to witness electronic musicians play their beat. Sometimes well-known artists like Cardi B. and ASAP Ferg gets to perform there as well.

There are two things you can do. If you’re looking to get some of your toxicities out of your system, it might be a good idea to join the marathon. Not only will it be a breeze of fresh air but you will also get to experience the Queen’s spirit.

If you’re not much into running, you can always participate as a stand more by cheering for all the marathon runners.

Get A Drink At NYC’s Oldest Bar

If you have a thing for antique and historical places there’s no way you’re going to want to skip out on Neir’s Tavern.

Neir’s Tavern believed to have opened during the 1820s making it the oldest operating bar in all five boroughs. It’s also the place where Goodfellas was filmed.

This sounds a bit creepy but if you’ve ever wanted to pay respects to someone who recently passed away, whether this person is a loved one or a celebrity, Queens is the place to go.

It’s home to about 15 cemeteries in New York, one of which was instituted way back in 1848 – Calvary Cemetery. Since New York is also the home country of lots of celebrities and significant personalities, you’ll find a lot of them buried there.

Take A Dip In A Gigantic Pool

Some people say that the best things in life are free. If that’s the case you shouldn’t miss out on a chance to swim in the WPA era pool – the Astoria Pool in Astoria Park.

And yes, it’s for free. It’s so large I guess you can say it’s the size of four Olympic pools placed side by side.

The Astoria Pool served as the venue for the Summer Olympic Trials in 1936 and 1964. If you happen to stop by, you can also check out the Hell Gate Bridge. In the past, it was believed that this would be the last bridge to fall if humans were wiped out from the Earth.